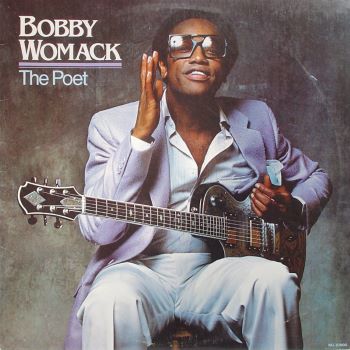 2021 sees the 40th anniversary of the initial release of BOBBY WOMACK’S masterpiece, ‘The Poet’. Without exaggeration, the album is rightly celebrated as one of soul’s finest and it served to relaunch Womack’s career and established him as a major (if unpredictable) force in the soul firmament. With the usual Womack issues, ‘The Poet’ was eventually followed by ‘The Poet II’- cementing Bobby as a soul superstar.  Now, for the first time, both these classic albums have been remastered from the original tapes.

Long believed to be lost, the original tapes have been recovered and are the sources for the new remasters. To offer the best possible listening experience, both ‘The Poet’ and ‘The Poet II’ will be pressed on heavyweight (180 gram) vinyl, making the albums available in the vinyl marketplace for the first time in decades. The historic albums packaged on LP and CD with extensive liner notes by R&B scholar Bill Dahl will be released on CD and LP on April 30th, 2021 (19th March in US and Canada).