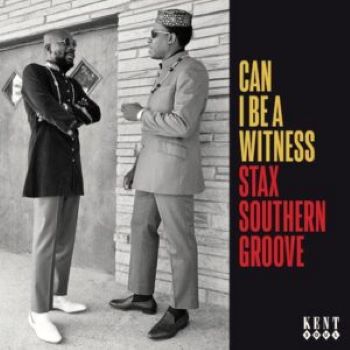 Ace/Kent continue their thoughtful curatorship of the Stax back catalogue with a third compilation in their ‘Stax Southern Groove’ series.  You may remember that the last instalment focused on obscure, rare and  (mainly) downtempo tracks. For this new iteration, compiler, Dean Rudland has gone for a more up-tempo aesthetic. He says: “This collection looks at the more up-tempo music released by Stax from the late 60s through to its demise towards the end of 1975. This isn’t the out-and-out stomping Memphis soul that made the label’s name in the days of Otis Redding and Sam and Dave, but something different that took in the mellower approach  that was being developed  into a new sound  by Willie Mitchell and AlGreen at HI and other studios being brought in from studios in Muscle Shoals, Alabama and Jackson, Mississippi.”

And that just about sums up the 20 tracker that is ‘Can I Get A Witness’ – an oblique reference to the R B Hudmon track, ‘How Can I Be A Witness’ – one of several excellent included tunes that were “lost” in the debacle of Stax’s descent into bankruptcy. The Hudmon track did get a release but the collection boasts 11 previously unreleased cuts alongside plenty that were never released in the label’s lifetime but have since appeared on Kent compilations.

Amongst the previously unreleased tracks are the opener, Little Milton’s ‘Bad Water’, The Nightingales ‘Burning On Both Ends’, The Temprees’ ‘Three’s A Crowd’ and ‘Leaning On Your Undying Love’ from the little known Shack (William Shack).

There are plenty of well-known names on show too – Eddie Floyd, the Emotions, Rance Allen, Jean Knight, the Soul Children and Major Lance amongst them. The Major’s contribution is the reasonably well known ‘I Wanna Make Up Before We Break Up’ – one of those later (1972) tracks that were recorded in various studios (in this case Muscle Shoals and Detroit).

‘Can I Get A Witness’ – ‘Stax Southern Groove’ is out now on Kent.