WITH A HEART FULL OF LOVE…. 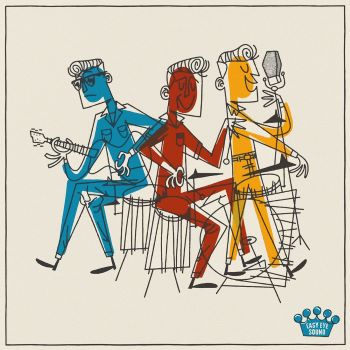 Soul connoisseurs  will know all about AARON FRAZER. He’s the drummer and (occasional) vocalist with Durand Jones and the Indications but like most of the band Mr F also has a side hustle – working, now and then, as a soloist.

His latest solo offering is a five track EP which he recorded at the famous Easy Eye Sound Studio in Nashville (a much respected studio run by the Black Keys guitar man/music multi tasker, Dan Auerbach). So the mini album is imaginatively  titled, ‘Heart Full of Love – Live From Easy Eye’, ‘Heart Full of Love’ being the EPs’ lead single.

Once again our old pals, those “soul connoisseurs” will recognize that song. It was originally recorded back in 1965 by vocal group, the Invincibles (you can find it on one of Kent’s ‘Birth Of Soul’ compilations).

The track is one of three covers that Aaron has chosen to resurrect. The others are ‘Looking For A Brand New Game’ (a relatively obscure number originally cut by The Eight Minutes in the early 70s) and a new look at dear Curtis’ ‘The Makings Of You’. The  choice of covers says a lot about Aaron. He clearly has a deep respect for Mayfield, while  the two other choices show a real depth of interest in and knowledge of rare soul.

The EP’s two original tracks are a gentle ‘Have A Mercy’ (with a lovely rolling piano riff) and ‘Lover Girl’ which owes just a little  to ‘My Girl’. Though they’re both new songs they fit perfectly the retro  template laid down by the three covers. All five tracks are perfect showcases for Aaron’s delicate, soaring, classic soul falsetto and the producer (I’m guessing Auerbach?) perfectly crafts sympathetic support. Out now and highly recommended.

Once again thanks to Mark Turner @  https://soulstrutter.blogspot.com/ for sourcing this one.