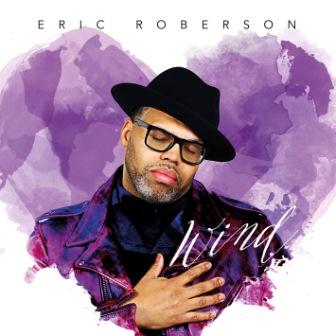 Dome Records are all set to drop a brand new album from New Jersey soul don, ERIC ROBERSON. The long player’s ‘Wind’ and it’s part of the man’s oblique tribute to the mighty Earth Wind and Fire. Earlier this year he released a mini album ‘Earth’ and later in 2017 we’re promised ‘Fire’

For now Erro fans can enjoy the 8 tracks of ‘Wind’. Lead single is the soulful bumper, ‘Love Her’ while maybe the set’s highlight is ‘Lyrics Of Pleasure’ – a duet with a certain Will Downing! The languid groove sees the duo in perfect harmony and Eric says: “Will was one of the artists I studied when I started out. Then one day I got to write a song for him, then eventually I got to open a show for him… and now he’s someone I can call a friend”.

Eric and his band will be playing live dates in the UK later this year.