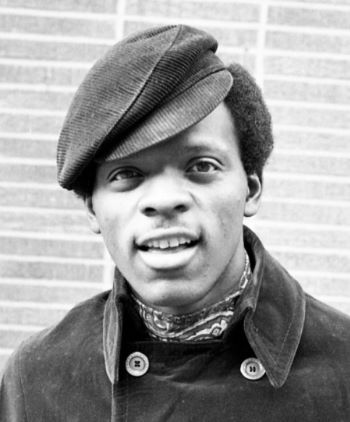 WILLIAM “POOGIE” HART, founding member of the Delfonics and possessor of one of the most distinctive falsetto voices in soul, died on Thursday 14th July in Philadelphia. He was aged 77 and reports suggest that he died in hospital following complications from surgery. He had been admitted after having breathing issues.

Born in Washington in January 1944, Hart was a founding member and chief songwriter of the Delfonics (originally named the Orphonics) whose other members were brother Wilbert Hart and schoolmate Randy Cain, They signed with Philadelphia label  Cameo-Parkway Records and also recorded for Moon Shot. The Delfonics’ early music attracted the attention of young writer/producer Thom Bell who quickly began working with the trio and they immediately  scored a hit with the hugely distinctive ‘La La Means I Love You’ which showcased Hart’s plaintive falsetto against an almost symphonic Thom Bell backing. The record and subsequent hits were issued on Stan Watson’s Philly Groove Records after the demise of Cameo-Parkway.

More hits in the same style followed  including  ‘Ready Or Not Here I Come’, ‘You Got Yours And I’ll Get Mine’ and ‘Didn’t (I Blow Your Mind This Time)’ which won the 1970 Grammy Award for Best R&B Performance. Cain  quit the group in 1971 to be replaced  by Major Harris and  contractual issues meant Bell ceased working with them, moving on to find success with the Spinners, the Stylistics and the artists at Philadelphia International.

Without Bell at the helm, the hits dried up and  eventually the Hart brother split up, each forming their own touring version of the group. The groups existed on and off for many years, working with different line ups that often included Major Harris and Randy Cain. Sadly Cain died in 2009 and  Harris in 2012 and the Hart siblings never reunited. In 1999 William Hart worked with Major Harris  and sometime Spinner, Frank Washington to record a Delfonics’ album on Volt, ‘Forever Now’.

William Hart also recorded solo. His 2005 album ‘Fonic Zone’ was well received  as was his collaboration with Ted Mills of Blue Magic and Russell Thompkins Jr of the Stylistics for the LP ‘The Three Tenors Of Soul’. Collectors also revere his cover of the Four Tops ‘Just Ask The Lonely’ on the collectable ‘Soulful Tale Of Two Cities’ album

However, its for his era- defining,  quintessential work with Thom Bell and the Delfonics that William Hart will  be best remembered. The group, with a sound all their own,  were amongst the first purveyors of the smooth, orchestral sound that would come to typify Philadelphia soul.