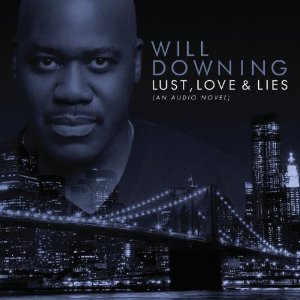 Top soul vocalist WILL DOWNING is releasing his brand new album in mid September and for the veteran crooner the set is breaking new ground. ‘Lust, Love And Lies’ (subtitled ‘An Audio Novel’) is described by WILL as a CD soap opera. You’d be right in assuming the concept is built around a love story – the initial encounter, flirtation, first dates, escalation, passion… even confusion; then – commitment and eternal devotion or betrayal and sadness? At this stage Mr. D   refuses to reveal all and he won’t say if the tale is based on fact or fiction.

WILL says, “This record had actually been coming together in my mind for five years. I just didn’t know how to go about it at first. Then when I first started writing the songs, it started to make sense as a story. I’d never made a record like this before. I had always sort of erred on the side of caution and safety when making records. This was the first time I said, ‘You know what? Let’s just do something completely different.’ ”

Musically DOWNING describes the sound as soulful with a hint of jazz and amongst the tracks there’s a cover of BILLY VERA’S ‘At This Moment’ – recently recorded by MICHAEL BUBLE. Co-producer on the set is REX RIDEOUT and DAVE HOLLISTER is one of the guest artists

WILL DOWNING’S Lust, Love and Lies (An Audio Novel)is released on September 27, 2010 on Peak Records.