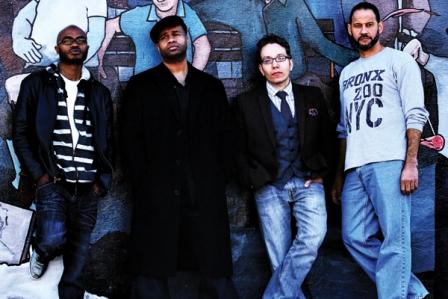 SOULGANIC is an indie soul band from Charlotte North Carolina who are currently putting the finishing touches to their third studio album ‘Didactic Interstice’. In the meantime they’ve released the set’s first single – the bluesy, organic ‘Wildfire’. It’s a real slow burner of a tune with vocalist ANTHONY RODRIGUEZ in fine form. RYAN McKEITHAN’S fiery guitar drives the rack along supported by RODRIGUEZ’S bass and CORY McCLURE’S drums. Find out more about the band @ www.soulganic.com