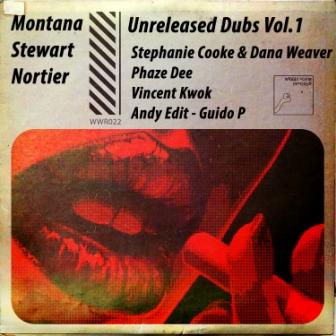 WIGGLY WORM RECORDS is one of Soulful house’s marquee imprints and MONTANA, STEWART & NORTIER are their premier creatives/producers/mixers. Back in 2015 they rocked dance floors everywhere with the uplifting ‘The World To Me (You Are)’, which featured a typically soulful vocal from Stephanie Cooke. That was followed by the Dana Weaver vocalised ‘Never Thought’… classic soulful house in every respect with one commentator describing Ms Weaver’s big vocal as “a cross between dear old Lisa Stansfield and not so dear Grace Jones”!

Now, as those worm wrigglers get ready for 2018 they’ve reissued those two tunes in welter of new mixes and dubs from the likes of Phaze Dee and Vincent Kwok. The boys have also put out the soulful ‘Last Dance’ fronted with her usual soulful aplomb by Stephanie Cooke.

Find out more about the goings on at Wiggly Worm @ www.wigglywormrecords.com