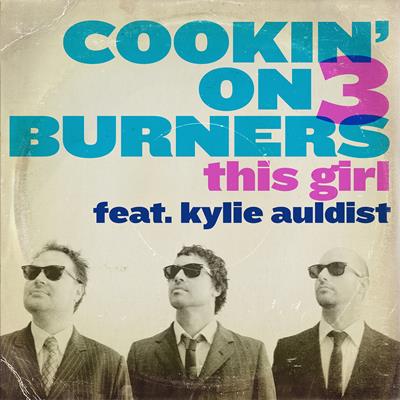 One of this summer’s surprise hits has been producer/DJ KUNGS’ remix of ‘This Girl’. Discerning soul folk, of course, know that the original version was by COOKIN’ ON 3 BURNERS and it was first released back in 2009 when it was championed by the best reviewers (see our archive) and taste making DJs (Jazz FM’s Peter Young was a big fan).

The cut appeared on the band’s ‘Soul Messin” album and it soon became a dance floor smash and vinyl copies quickly started changing hands for big sums. Represses sold out quickly and indie label Freestyle struggled to keep up with demand.

So, right now, those sensible chappies at Freestyle have decided to reissue the original version which comes with the previously unheard instrumental version. You also get the great acapella version too. This of course comes courtesy of the wonderful KYLIE AULDIST who, by the way, has a new 5 track EP out on Freestyle very soon.

In the meantime reconnect with the original (and best?) version of ‘This Girl’