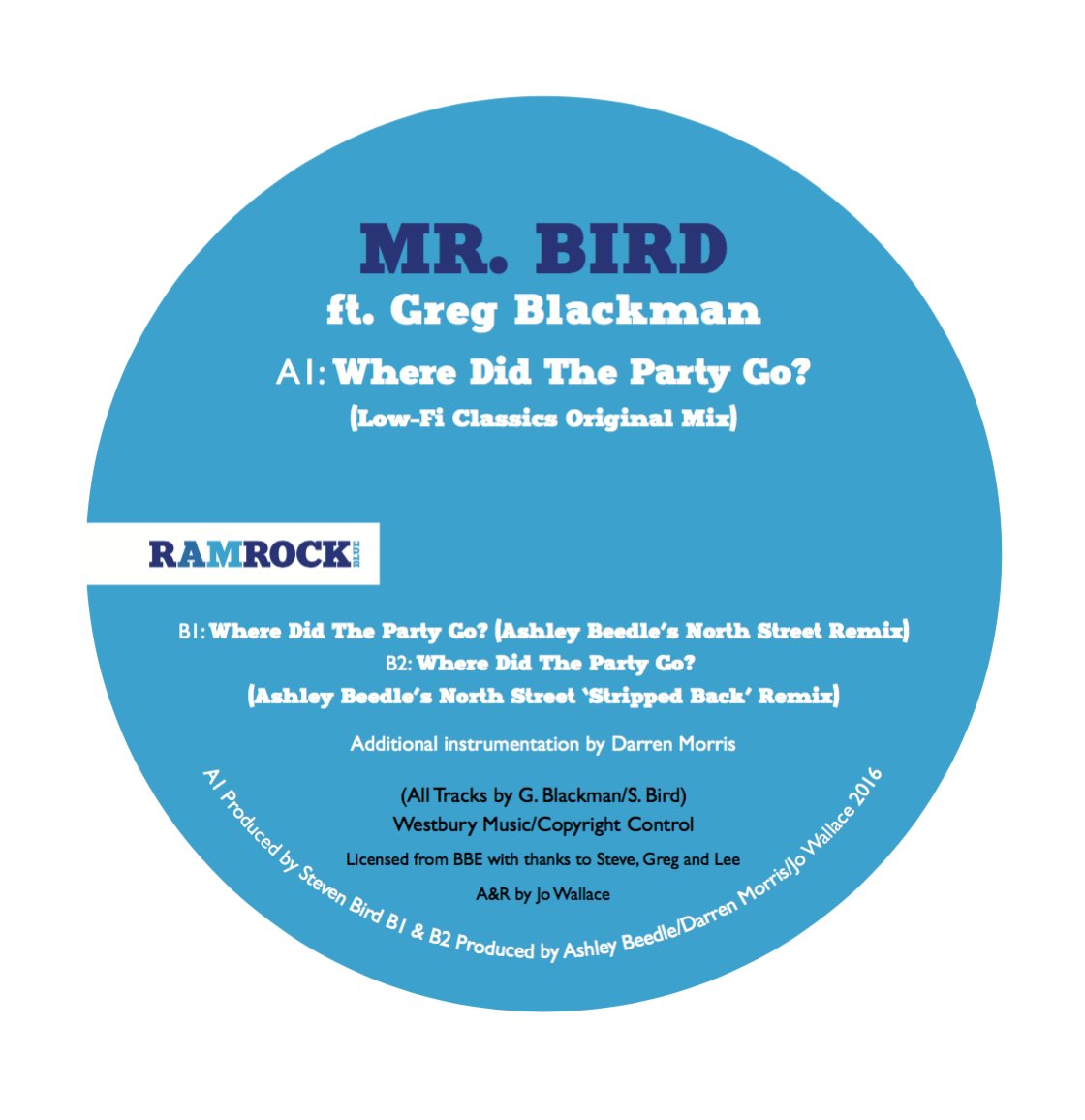 MR BIRD (Steve Bird) is a DJ and multi-instrumentalist who now works out of Lisbon and he’s already released a number of albums under a number of monikers and with a number of collaborators. The UK soul community first got to know him, though, via his 2014 long player ‘Lo Fi Classics’. The set’s highlight was always the infectious ‘Over Again’ which won the affections of the savvy modern soul community in its original and Ashley Beedle and Tom Moulton mixes.

Another of that album’s highlights was the infectious rumble that was ‘Where Did The Party Go?’. Like ‘Over Again’ Mr B choose the wonderful GREG BLACKMAN to provide the vocals and as ever Greg nailed it, channelling the very best of the best Southern soul men.

Demand for the tune has encouraged the label, Ramrock Records, to commission new remixes and two great new tweaks will soon be out there on the 12″ sales racks. First up there’s’ the “Ashley Beedle North Street” mix. Assisted by label boss, Jo Wallace and keyboardist Darren Morris, Ashley drops the beats a tad to create a sort of 90’s steppers vibe. Little wonder that this re-tooling of ‘Where Did the Party Go?’ is climbing all the credible UK soul charts! The second new mix – again from Ashley Beedle is the “stripped back” version where you can fully enjoy the great vocal from Greg Blackman.

Check out Where Did the Party Go?’ @ www.soundcloud.com/ramrockrecords/mr-bird-ft-greg-blackman-where-did-the-party-go-ashley-beedles-north-street-remix128