WHERE YOU WANNA BE….. 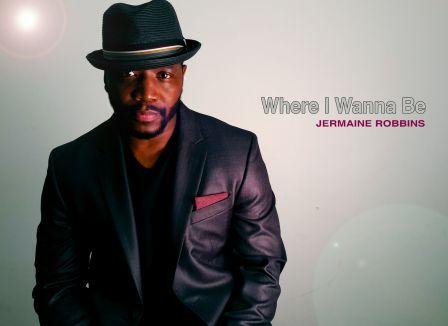 Atlanta soul man JERMAINE ROBBINS won plenty of friends with his album, ‘The Journey Within’. We were so impressed in fact that the long player hit no.2 in the UK soul album charts! Interestingly many commentators compared Mr R’s vocals to a certain Michael Jackson! Then came a couple of singles – notably ‘Lay You Down’ where the source seemed to be Marvin Gaye (with just a hint of MJ) … the sound and the cover pic though certainly  referenced Gaye!

Now Jermaine returns with a new tune – his treatment of the Donell Jones & Kyle West song ‘Where I Wanna Be’. It’s a contemporary, pleading soul ballad that’s been played out on certain stations but oddly, right now, there are no plans for an official release… wait and see.