WHERE THERE’S A WILL 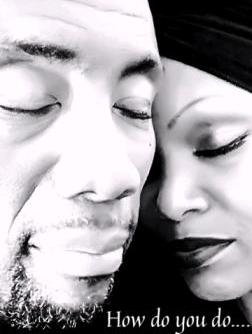 Been a while since I’ve heard of WILL WHEATON. I think it was something like 2005 when his litany song ‘Old School Soul’ set the modern soul world alight. Over the last few weeks though a new Wheaton tune has been getting plenty of airplay on stations like Mi-Soul, Sonic Soul and Starpoint.

Cut in question is a lovely Latin-tinged dancer, ‘How Do You Do (The Things You Do)’ which is actually a duet between Mr Wheaton and BRIDGETTE BRYANT who, I believe, steps up from the rank of backing singer (she’s worked with people like Barbra Streisand, Phil Collins, Stevie Wonder and Jeffery Osborne!) to help front the song.

Bridgette sounds tremendous on ‘How Do You Do (The Things You Do)’ while Will comes on as a hybrid Will Downing/Luther Vandross/Isaac Hayes…. but if you remember his ‘Old School Soul’ you’ll know that!

‘How Do You Do (The Things You Do)’ will be officially available on Indieloungewest Records from April 1st.