WHERE IS THE LOVE? 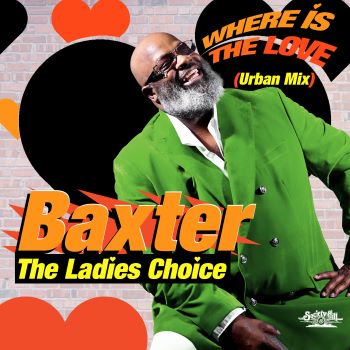 He simply calls himself BAXTER but the big voiced baritone is one of Philadelphia’s new crop of soul artists working hard to maintain the city’s rich soul tradition. Originally mentored by Leon Huff who saw similarities between Baxter and Teddy P, Baxter is now working with Butch Ingram’s Society Hill Records and that was the source of his last album, ‘Where Is The Love’.

The title track (a new song , not the Roberta Flack or Black Eyed Peas tunes) was particularly successful, so Society Hill has had it remixed – not once, not twice, but thrice! The mixes are dubbed “R&B”, “Urban” and “House” – though it’s not house as we know it. Not much to choose between the three and you can investigate via your preferred streaming/download portal.