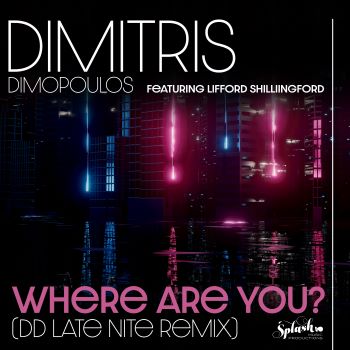 Amongst the feature tracks  on DIMITRIS DIMOPOULOS’ recent ‘Take Me Out Tonight’ album was ‘Where Are You?’ which featured a stunning soul vocal from Lifford Shillingford.

The tune has just won single release in a fresh “DD Late Night” remix… that title says it all, yes. But the new tweak is a little more than just a new mix. Dimitri tells us that he has re-built the song from the basics – changing the vibe and the tonality to create whole smoother affair enhanced by George Bakas’ steel guitar, an acoustic drum sound  and a lazy, neo-soul bass line. It’s released via Splash Blue, Friday 20th August.