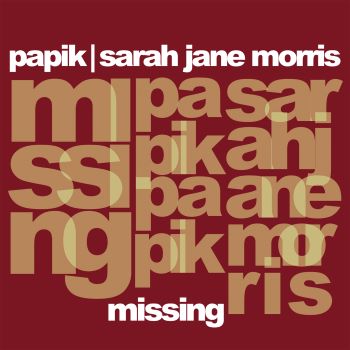 NERIO PAPIK POGGI is the mastermind behind Italian band Papik – best known for their classy, nu-jazz/pop-soul sounds usually delivered by the voices of Ely Bruna and Alan Scaffardi. Their most recent outing was an Alex Di Cio mix of ‘Body To Body’.

Right now, Signor Poggi is working outside the band, producing an album for British soul/jazz singer SARAH JANE MORRIS . The first single from that album has just been released on Irma Records. It’s a slinky cover of Everything but the Girl’s ‘Missing’. Here the duo craft a gentle bossa nova version which has a distinct charm. Poggi has clearly been studying Jobim arrangements! Out now.