WHAT THE HELL DO YOU CALL THIS? 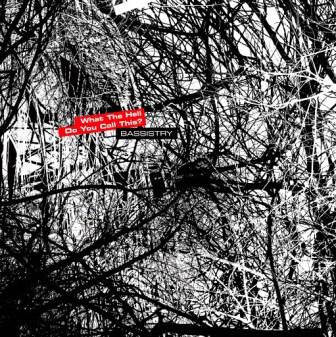 ‘What The Hell Do You Call This’ is such a provocative question to use as an album title isn’t it? Clearly, it invites all kinds of answers, but London-based jazz/funksters BASSISTRY are brave enough to use it for their third long player and I guess they’re hoping for all kinds of complementary answers. Those complements (or otherwise!) depend, of course, on the tastes of the listener, so maybe it’s easier to try to answer Bassistry’s question by trying to define their musical sound. Not easy … ‘cos on the 8 tracker you’ll hear all kinds – amongst the flavours – pop/soul, Jamiroquai-influenced funk, Latin rhythms and string-laden soundscapes.

The hybrid music that Bassistry create is down to their background. Main man is bass player Marcel Pusey and co-producer is Cassell “The Beatmaker” (who’s worked with Plan B and The Streets) and electronic prodigy Robert Logan (whose credits include collaborations with Brian Eno and Grace Jones).

Soul wise the best cut on the album is ‘The People’. It’s slow and sultry with its roots in Southern soul. Vocalist is Imaani – soul folk will know her for her work with Incognito –so you know we’re talking quality. Elsewhere ‘Turn It On’ is a bright beater out of the Amy Winehosue school of Brit pop/soul while the loose-limbed title track channels the aforementioned Jamiroquai influences. There’s lots more besides and despite the invitation in the title, the set defies easy pigeon-holing.

WHAT THE HELL DO YOU CALL THIS by BASSISTRY is released on Bassistry Music on March 23rd.