WHAT A WONDERFUL WORLD! 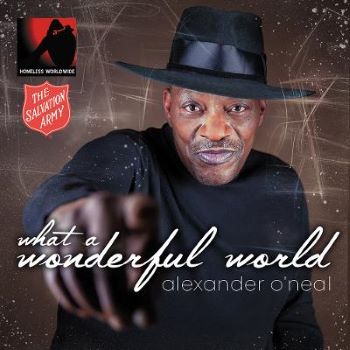 At this time of year dozens of charities and good causes seek our attention, assistance and donations to help them further their excellent work. And, of course, it doesn’t need saying that this year the work of countless charities has been more important than ever.

Soul man ALEXANDER O’NEAL has decided that it’s now his time to step up to the plate and do his best for a good cause and the charity he’s chosen to support is the Salvation Army and what better way to do it than to do what he does best… sing!

Alex has just released a new and distinct version of Louis Armstrong’s ‘What A Wonderful World’ with all proceeds going to The Salvation Army to help in their work with homeless people. The classic Bob Thiele/George Weiss song was written in 1968 as a political statement but, sadly, it was never marketed that way. Fast forward to 2020 and many of the problems of ’68 are still with us and unfortunately magnified by the global pandemic.

Sonically, this new version of ‘What A Wonderful World’ doesn’t stray too far from the well-known original with Alex even channelling Louis Armstrong’s gruff and gritty delivery. But it’s the hopeful message and the cause that the singer sees as paramount. He says: “Homelessness and poverty are linked to depression and mental illness and both have become even greater problems because of the upheaval caused by COVID-19 and the associated recession.”

Catch the song and/or watch the video via your favourite source… good to go now.