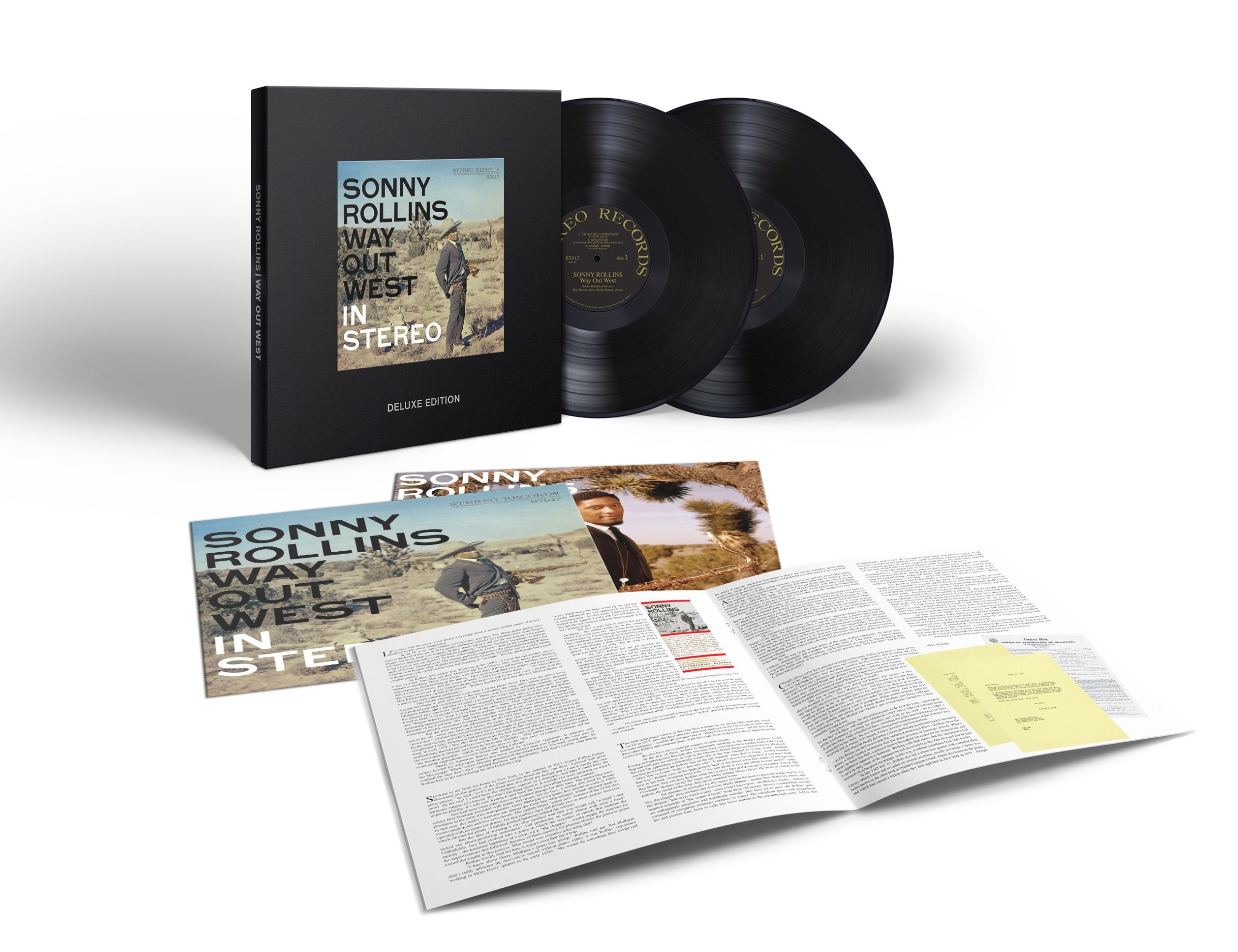 One of jazz saxophonist SONNY ROLLINS’ most iconic albums, ‘Way Out West,’ is being reissued in early 2018 via a deluxe vinyl format to coincide with the LP’s 60th anniversary. It’s being repackaged as a 2-LP set presented in a tasteful hinged collectors’ box that includes a booklet featuring  a recent interview with the saxophonist, himself, by Grammy-winning liner note writer, Neil Tesser. It also features rare session photos by top jazz snapper, William Claxton. As for the music, it’s being pressed up on audiophile quality 180-gram vinyl. The original album takes up the first vinyl album while seven bonus tracks (four of which are previously unissued) from the same session can be found on the second LP.

Sonny Rollins was 27 when he recorded ‘Way Out West’ on March 7th, 1957 for producer Lester Koenig’s west coast indie label, Contemporary.  The session was notable for the fact that Rollins chose to omit a piano player and instead elected to record in a trio setting, with the redoubtable Ray Brown on bass and Shelly Manne on drums. The repertoire was loosely cowboy-themed and included the saxophonist’s takes on ‘I’m An Old Cowhand,’ ‘Wagon Wheels,’ and ‘Way Out West.’ Two ballads were also included – Duke Ellington’s ‘Solitude,’ and ‘There Is No Greater Love,’ where the New Jersey-born tenor titan displayed his skill at melodic invention. The conspicuous absence of a chordal instrument allowed Rollins’ saxophone to roam free and play in an unfettered manner that further underlined his virtuosity and talent as an improviser.

Way Out West’ will be available from February 16th via Concord archival arm, Craft Recordings.