WES … FROM THE BEGINNING 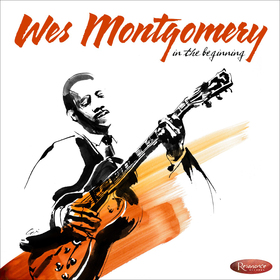 Jazz legend WES MONTGOMERY has been well served by the reissue labels. Most of his major work is easily accessible. However, there’s not a lot of available material highlighting his early, formative years. Resonance Records are about to remedy that with the release of a 2 CD/3 LP set that focuses on the guitar virtuoso’s beginnings in the business.

The music on the set is wide-ranging. It features home recordings, live cuts (from the Indianapolis Missile Lounge and Chicago’s C&C Music Lounge) and studio cuts – some produced by a young Quincy Jones. Amongst the side men are Melvin Rhyne, Flip Stewart and Pookie Johnson.

‘WES MONTGOMERY; IN THE BEGINNING’ will be released on May 12th. Find out more @ www.ResonanceRecords.org