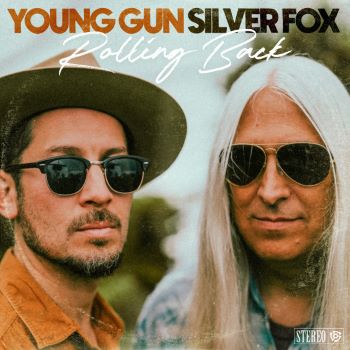 So far we’ve enjoyed two taster singles  …. ‘West Side Jet’ and ‘Winners’, both smooth and sophisticated takes on blue-eyed soul with a garnish of West Coast harmony pop. They were both lovely summer vibes and now, as Autumn tightens it grip, YGSF are releasing a third single from the album and this new ‘Rolling Back’ reminds us of just what summer is all about. This new  music is warm and vibrant, harmonic and hook-laden – a potent brew of sun-kissed pop-soul.

Andy envisaged the  tune  as a “musical highway blessed with blue skies and positive vibrations.”. He adds: “I always come back to Young Gun Silver Fox like taking a drive to the coast and I just smell the ocean and the air and it’s like ‘wicked I’m back here again’ and I can just kick back and enjoy it.”

Single ‘Rolling Back’ out now on Candelion Records

Album ‘Ticket To Shangri La’ will be released October 21st on Candelion Records.