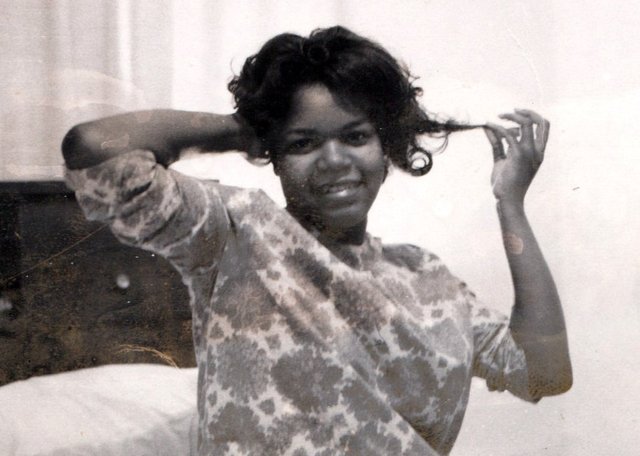 Sometime Stax soulstress WENDY RENE died on Tuesday 16th December. The singer, who was 67, died after a stroke.

Ms Rene was born Mary Frierson in Memphis in 1947 and as a child sang at the Church Of God Christ. In her teens she formed a vocal group – the Drapels – with her brother Johnny and friends Marion Brittenum and Wilbur Mondie. Living and working in Memphis, they auditioned for Stax and the group were offered a contract… and on the strength of her writing, Mary was given a solo deal.

She was originally given the stage name Wendy Storm, but Memphis folklore has it that Otis Redding suggested Wendy Rene and it was under that name that she recorded the edgy ballad ‘After Laughter (Comes Tears)’ with the rest of the Drapels in support. Released in summer ’64, the song was a local hit. Stax archivists suggest that the Drapels , disgruntled by Wendy’s name being out front on the disc, disbanded soon after.

Wendy’s follow up was ‘Bar-B-Q’ – a novelty dance tune that was unsuccessful but she stayed at Stax and featured in their touring reviews and often sang BVs in the studio. Scheduled to fly with Otis Redding and the Bar-Kays to a gig in December ’67, she pulled out at the last minute, saying she needed to be with her young baby. Sadly, of course, that flight crashed in Madison, killing Redding and six others.

Ms Rene retired from music soon afterwards and as Mary Cross (her husband was Stax employee, James Cross) she occasionally sang gospel in and around Memphis, though in 2010 she did appear in a soul review in New Orleans.

Several of her old songs a have been used in movies and commercials and various hip hop artists have sampled her repertoire – notably the Wu Tang Clan on their ‘Tears’.