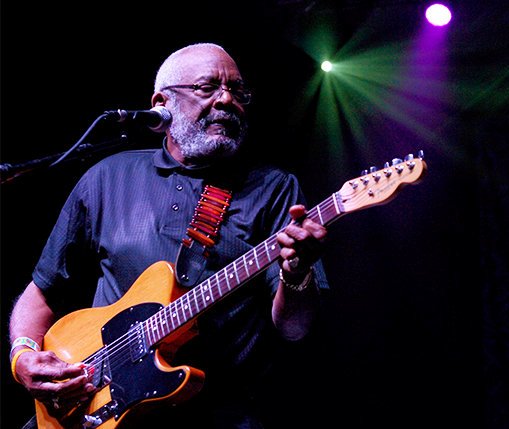 Singer, guitarist, pianist and songwriter WENDELL HOLMES died on Friday 19th June at Rosedale, Maryland. He was 71 and died from complications relating to pulmonary hypertension.

Wendell Holmes was born in Christchurch, Virginia in 1943. In 1979 he formed the Holmes Brothers with brother Sherman and drummer Popsy Dixon. The trio played across genres though in September 2014, the band were honoured with the Arts National Heritage Fellowship for their work in promoting folk, blues and traditional music

Holmes is survived by his wife, Barbara; daughters Felicia and Mia; brothers Sherman and Milton; and three grandsons.