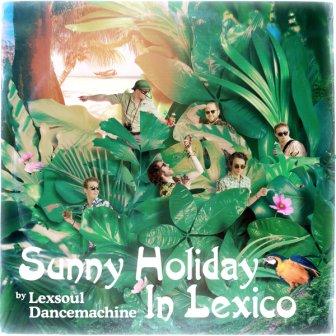 Estonia no less is the source of a new, intriguing funk, soul and disco outing from THE LEXSOUL DANCE MACHINE. The nine tracker aims to take the listener to the fantasy holiday island of Lexico  , hence the title ‘Sunny Holidays In Lexico’. Indeed the pack comes complete with a map of Lexcio with recommendations about the best bars and so on.

Musically there are all kinds going on…. funk, soul, rock, disco, Latino and more. Best cut to give you the flavour is the closing ‘Trans Lexico Express’. The overriding feel is sparse and tight James Brown style funk… but add to that an Isaac Hayes type, drawled rap and a crazy guitar solo and you’ll see that were talking about something very different here… very Clinton-esque (that’s George, by the way, not Hilary!)

Craig Charles has been playing cuts from this album for a few weeks now. He described the music as “hot blooded, full frontal funk assault… not for those of a delicate disposition”. The genial scouser is bob on!