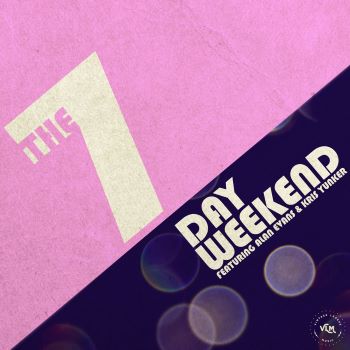 Followers of the more esoteric end of the soul/jazz/funk genre will be aware of drummer ALAN EVANS; however Mr E is much, much more than that! In fact, he’s a multi- instrumentalist /songwriter /studio engineer and producer who works in all kinds of guises. He was the founding member of Soulive and 1/3 of the Alan Evans Trio and earlier this year he debuted with his Crushed Velvet and the Velveteers project… a group that peddled raw funk.

His current project is very different. You see his latest outlet is a band called 7 DAY WEEKEND who peddle a sound which they call “electrorganic”. To help him deliver his ideas Evans has recruited keyboardist Kris Yunker and the team have already released two singles…. ‘Mango Moonrise’ and ‘Lambok Sunrise’. Inspired by 60s and 70s film music, both tunes were perfect, top-down cruising music (the clues are in the titles) … think Henry Mancini’s classic ‘Lujon’ on speed with a hint of Alan Haven’s ‘Image’ and you’ll be getting near to the sound and there’s plenty more of the same on the duo’s eponymous long player which has just won release on Vintage League Music.

7 Day Weekend’s people say that what they set out to create was an evocative ambient soundscape with just an undertow of funk and a touch of hip-hop à la J Dilla. And it is that and a whole lot more… cinematic, conceptual  and seamless, with each track flowing into the next and, for sure,  it’s a relaxing listen that is intended to give any day of the week that laid back weekend feeling!