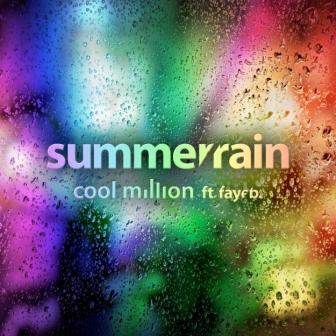 2018 sees the COOL MILLION crew celebrate their tenth anniversary. Yep, hard to believe, but Frank and Rob have been creating their infectious blend of retro soul and modern vibes for a whole decade!

Right now they’re putting the finishing touches to a 10th anniversary album which is due for release this autumn. But they’ve also got plenty of new stuff up their sleeves – including a whole LP of fresh material. As a taster/preview they’ve just made available a brand new single….. ‘Summer Rain’ which features vocals from Swiss singer Faye B.

The cut is a lovely summer sound and is typically Cool Million – as we’ve just described…. “An infectious blend of retro soul and modern vibes” and as is the modern way the tune (confusingly, I think) comes in four mixes…. Album Mix, Radio Mix, 12″ Mix & the Rob Hardt Swinger Club Mix. So, if you’re a member of a “Swinger Club” you’ll know which one’s for you!