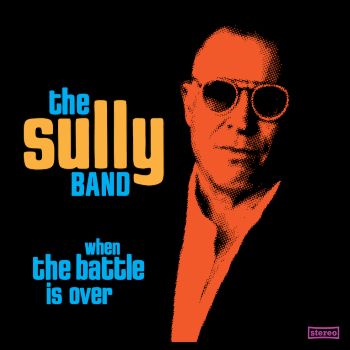 THE SULLY BAND is an impressive 9-piece outfit working out of San Diego. Band leader “Sully” is Bob Sullivan who’s been in and around the music biz since he was in his teens. We’ve learned that he’s also a nationally syndicated radio/television talk-host; his shows broadcast weekdays via radio on Clearchannel Media Affiliates, CBS Radio Affiliates, BizTalk Radio Network and Armed Forces Radio network in 175 countries!

Music, though, has always been Sully’s first love and with his “band” he’s putting the finishing touches to a debut album ‘Let’s Straighten It Out’ – due March 2022. Yep, that album title tune is a cover of the Latimore/Gwen McCrae/Etta James soul classic!

In the meantime, the Sullys have just released their first single – which is indeed a cover! It’s the band’s take on ‘When The Battle Is Over’ – a song penned by Dr John and originally recorded by Delaney & Bonnie and later by Aretha.

The new Sully Band version offers a fresh twist turning the tune into a duet between Sully and Rebecca Jade. The track, indeed, the whole album, has been produced by multiple Grammy Award-winner Chris Goldsmith and the ‘Battle’ tune fairly zips along on a catchy guitar riff and some Temptations style bass man interjections. It bodes well for the album which promises  to “take us on a journey through the ups, downs, and all-arounds of love by way of 10 classic ‘60s and ‘70s soul, blues, and R&B tunes”… and, yes, THAT wonderful soul song ‘Let’s Straighten It Out’ headlinines the album. In the meantime enjoy ‘When The Battle Is Over’ – which proffers a sound which Sully calls “R&B Groovment”. Out now via Belly Up Records.