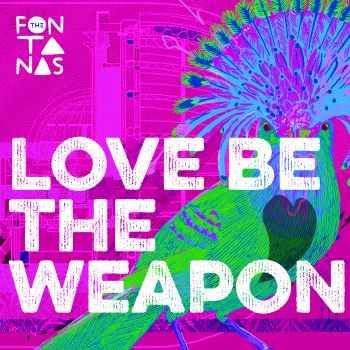 THE FONTANAS are a London-based band who cite their influences as the likes of The Dap Kings and Banda Black Rio. Their signature sound therefore is a funky, Latino-flavoured soul with a Brazilian undertow. Last year the band released a well-received EP and right now they’re putting the finishing touches to an album (their second), ‘The Luxury Of Time .

While we wait, the Fontanas will be releasing the lead single on 2nd July. It’s a busy, bustling, brassy builder of a tune, ‘Love Be The Weapon’  and features a feisty vocal from Kay Elizabeth with sometime Amy Winehouse producer Jon Moon at the controls. The label is Movimientos Records.