WE WANT A FAIRY TALE ENDING…. 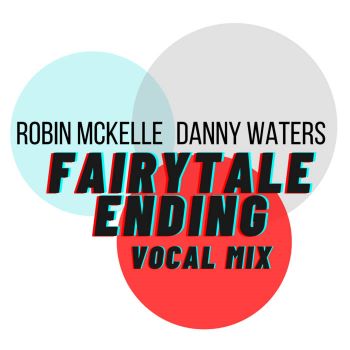 Like many artists US soul and jazz chanteuse ROBIN MCKELLE has been keeping busy. Despite the loss of live performances, Robin has kept in touch with her fan base via live streams and remixing some of her favourite songs.

Just this week Ms McK has released two new mixes of one of the most enduring songs… the evergreen ‘Fairytale Ending’. The song first appeared on her 2012 album, ‘Soul Flower’ on which she was backed by the redoubtable Flytones. Since then, ‘Fairytale Ending’ has been a real McKelle favourite especially in the UK and Europe, due in no small measure to its collectability in a 7” vinyl Expansion release.

The song is now good to go in two very different mixes – both created by mixer master Danny Waters. First up is a pacey “vocal mix” which takes the tune into soulful house territory. Waters retains the beauty of the melody, keeps the catchy piano figure, and leaves plenty of space for Robin’s soulful vocal. The second Waters tweak is a “lounge mix” – laconic and chilled, it takes the song into the ambient zone with minimal vocal input.  Both new mixes are available via https://robinmckelle.bandcamp.com

And you know, with the vaccine rollout, better Covid treatments and the onset of spring and the promise of summer we may just yet get a ‘Fairtytale Ending’.