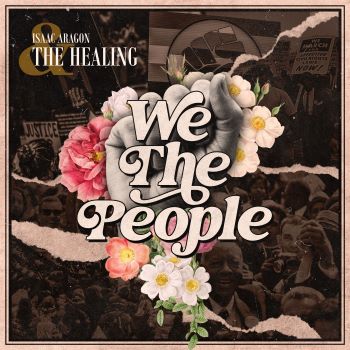 We’re proud to say that here at SJF we were the first media to highlight the talents of blue-eyed soul singer ISAAC ARAGON and his band THE HEALING. It was back in March 2019 when the Albuquerque-based singer/songwriter released his still lovely ‘Love Bless America’. It’s launch was low key but after we spotlighted here @ SJF it took flight  and easy to hear why. It was a sweet but poignant lament on the state of America, offering a measure of optimism. The tune  became a UK soul chart hit and established Isaac as a talent to reckon with.

Of course an awful lot has  happened since Spring 2019 – the world and America (especially) are different places. Society  is more deeply divided than it’s ever been; physically separated by a global pandemic and socially torn in the midst of a modern civil rights movement. And even with a new White House incumbent, not too many Americans feel that positive.

Through all the changes Isaac Aragon has been working on his debut album and it’ll be here soon. In the meantime, he’s released the first single – a poignant and heartfelt ‘We The People’ that’s built from the same ingredients as ‘Love Bless America’ .The tune (with sweet harmonies and a full string arrangement) is both soothing and optimistic – a modern anthem, if you would,  calling upon a divided world to heal centuries-old wounds, and shepherd in a new way of living for a better and brighter tomorrow.