WE OUGHT TO BE TOGETHER… 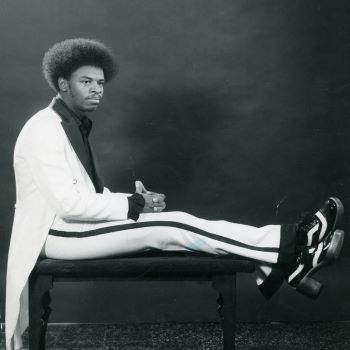 Latest 7” release from reissue specialist label SOUL 4 REAL’S subsidiary imprint JAI ALAI features two tracks from little known soul man TOMMY McGEE (above). Not too much is known about Tommy save that he hailed from Grand Rapids, Michigan. Discogs tell us that he also played organ and had his own labels – amongst them TMG; he also fronted a band with same initials – the TMGS . He’s possibly best known by collectors for his 1976 album, ‘Positive Negative’ – laid back, edgy and soulful. Before that he’d worked with Al Green on his ‘Back Up Train’ album (Al was then known as Greene, of course) and at the same time he released his own, debut single ‘Give & Take’ / ‘To Make You Happy’ on Golden Voice Records, which sort of  just got lost.

Undeterred, Tommy started work on the above mentioned  album which he eventually released on another of his labels, MTMG. Finances meant he could only press 500 copies and without promotion, the LP slipped under the soul radar. But, you guessed it, that ‘Positive Negative’ LP is now massively collectable. A few years back Chicago label Numero Group successfully reissued it  and that album is the source of the two tunes on the new JAI ALAI release. They are – ‘We Ought To Be Together’ and ‘Make Sure’.

Both are stately, mid-tempo, classic 70s soul grooves with more than a hint of Curtis Mayfield about them, particularly in the sweet, tender, beautifully fractured McGee falsetto.

If you have the original ‘Positive Negative’ album, you’ll know you’re sitting on few quids worth of vinyl. If you don’t have it then can we point you to this lovely single. It’s a limited edition release and is sure to sell out quickly. You know what to do!