WE ARE WHO WE ARE! 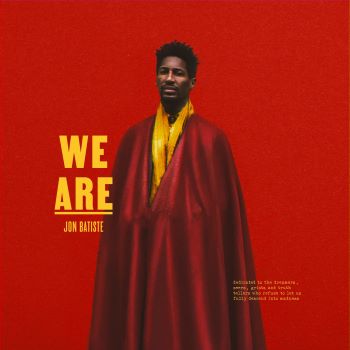 JON BATISTE is an American music multi-tasker. His work transcends genres – he’s collaborated with people like Stevie Wonder, Prince, Willie Nelson, Ed Sheeran and Mavis Staples. He also fronts a band, Stay Human and is the bandleader on the Late Show With Stephen Colbert. He’s also the creative director of Harlem’s National Jazz Museum and worked on the music for the award winning Pixar movie, ‘Soul’ for which he won a Golden Globe, a BAFTA and an Oscar nomination.

Jon’s latest project is what he describes as “a genre-defying ‘black pop’ album”, ‘We Are’. He adds that “I’m publicly known for some things already. But there’s so much more  to  know about me. It’s always been there. Now is the time to show the world my full artistry.”

To help him “show the world his full artistry” on ‘We Are’ Batiste has brought in some big names. Across the 13 tracker there’s input from people like Quincy Jones, Zadie Smith, P J Morton, Trombone Shorty, St Augustine Marching 100, his father Michael Batiste, Grandfather David Gauthier and Mavis Staples. Sadly, Ms Staples makes a very brief cameo – a 20 second spoken word item. Short though it is, what she says about freedom is both provocative and apposite. It’s a key track despite its length, but then we could say that about any of the remaining 12 items. The ultra-funky ‘Freedom’ (sonic shades of Marvin Gaye’s ‘Got To Give It Up’) underlines Mavis’ message while the slinky and outstanding ‘Show Me The Way’ is a heartfelt homage to Batiste’s musical roots and origins; the sounds that brought him from where he was to where he is now.

Elsewhere there’s a semi-spoken ‘Whathcutalkinabout’ full of clever wordplay; a jazzy ‘I Need You’; a lovely, surprising piano piece, ‘Movement 11’ and lots more to intrigue and provoke like the wild ‘Tell The Truth’ – a George Clinton/Prince hybrid.

Batiste and his people describe ‘We Are’ as “a masterfully constructed and visionary album which is characterized by the consciousness of Marvin Gaye, the grounded optimism of Stevie Wonder, the iconoclasm of Thelonious Monk and the swagger of Cash Money’s Mannie Fresh”. See if they’re right by investigating yourself… the album’s out now on Verve Records.