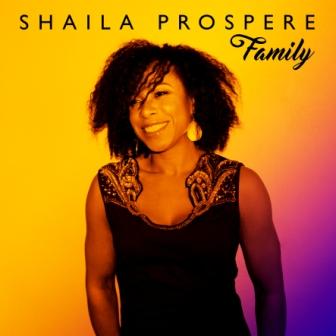 SHAILA PROSPERE is a Brit soul singer who impressed with her debut album, ‘In My Shoes’. Right now she’s working on a follow-up and to keep the pot boiling as it were, last month she treated us to a tiny preview via the catchy soul romp, ‘Let Me Be Yours’. The modern soul crowd loved it; it was just what they like and love – a throwback to the 80s with a garnish of the totally contemporary.

Young Shaila is now gearing up for the release of the set’s second single, ‘Family’. With the same production team (Everis Pellius and Phil Phillo) behind ‘Family’, you can be sure the modern soul crowd will take this to their collective hearts too. It boasts the same catchy, irresistible ingredients and it augers well for the long payer, which, we’re told, is to be called ‘Back To Life’.

SHAILA PROSPERE; ‘FAMILY’ is released on Rhythm Records on 19th May