WE ALL LOVE BURT? ‘COURSE WE DO! 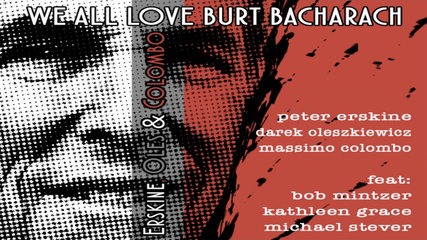 The music of BURT BACHARACH refuses to go away. As Rumer prepares to release her Burt B album, a stellar Bacharach tribute band has just released their wonderful 12 track homage, ‘We All Love Burt Bacharach’.

The album was conceived and produced by Giampaolo Pasquile and Michele Garruti for PLAY (Milan) and Oracle Records ltd (London). They say they took inspiration from the likes of Chet Baker, Michael Bublé and Norah Jones and you can make up your own minds about that as the LP hits the sales racks.

The album repertoire contains many of the accepted Bacharach classics… stuff like ‘Close To You’, ‘A House Is Not A Home’ and ‘I Say A Little Prayer’ but you also get the Elvis Costello collaboration, ‘God Give Me Strength’ and the oft-neglected ‘Go Ask Shakespeare’ which debuted on Burt’s own ‘All This Time’ long player. Both are now considered Bacharach “standards” and as with the rest of the album, though familiar, they take on a new beauty in these new, intimate, smooth jazz settings.