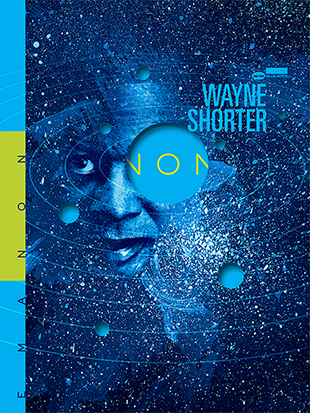 Legendary jazz saxophonist and composer WAYNE SHORTER reaches a milestone this Friday, August 24th, when he celebrates his 85 birthday. Though originally intended to be released on the same day by Blue Note Records, the Newark-born saxophonist’s new album, ‘Emanon’ will now be released on September 14th.  It’s the ten-time Grammy winner’s first release since 2012 and is an ambitious triple album that features both new studio material and a recording of a concert at London’s Barbican centre a few years ago.

The music – which features Shorter’s own quartet as well as the Orpheus Chamber Orchestra – is accompanied by a graphic novel, which Shorter – an avid comic book fan – co-wrote with Monica Sly. It chronicles the adventures of its titular superhero and providing the illustrations is Randy DuBurke, whose extraordinary artwork has graced comic books by Marvel and DC Comics.

‘Emanon’ is available from September 14th in both CD and LP formats. In addition to a standard edition, a deluxe hardback version signed by Wayne Shorter is only available through Blue Note’s own store.