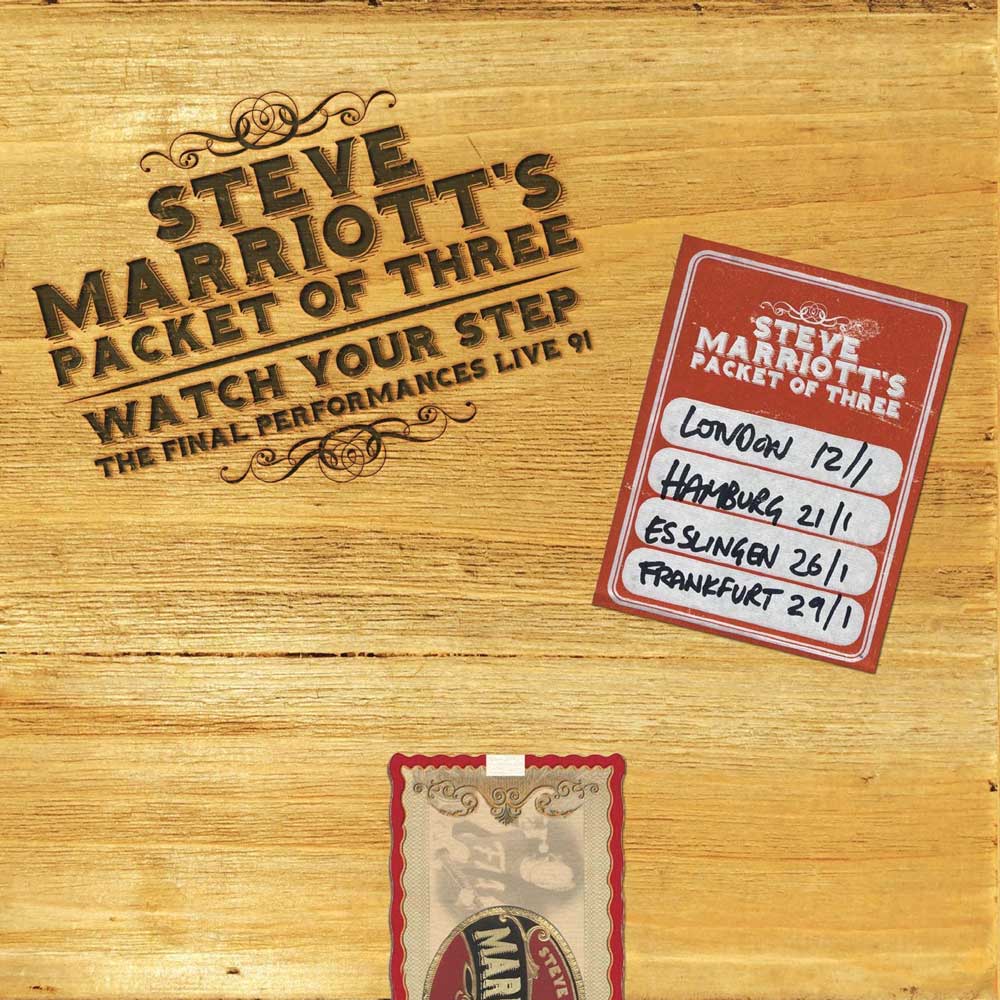 By common consent, STEVE MARRIOTT is one of the greatest white soul voices the UK has produced. He rose to fame with the Small Faces, of course, – a band he originally formed with his mates to play the soul and R&B music that obsessed him. Manipulated by mangers and scammed by svengalis, the Small Faces eventually pursued new routes – rock, physchedlia even cockney music hall! Marriott though was never totally happy with these new directions. In 1968 he stormed out of the band, forming a new outfit, Humble Pie. That band had a roller coaster career – especially in America. Personal demons, relationship problems, even alleged run ins with the Mafia meant the implosion of Humble Pie and Steve eventually decided to go solo.

Even then, his problems, exacerbated by major disputes with the Inland Revenue, meant that Steve Marriot struggled to find the peace he craved and the strength to play the music he knew he was best at. By the late 80s he was reasonably well settled in the Essex village of Arksden and playing irregular gigs with bassist Jim Leverton and drummer Alan Wickett as The Packet of Three. Then, tragically, on 20th April 1991 Marriott was killed in a fire in his cottage. The inquest verdict recorded accidental death by smoke inhalation. However Marriott’s blood was found to contain quantities of Valium , alcohol and cocaine… a sad, tragic end.

Most of Steve Marriott’s recorded output is easily available, but collectors will now be delighted by a new 4 CD box set from Lemon Records that offers four live sets by The Packet Of Three. The shows were taped in different venues in January 1991 and as such they represent the last recordings Marriott ever made. The repertoire of the four shows varies little and, as you, might expect, Steve has a go at some Small Faces and Humble Pie songs. However the sets are peppered with Marriott’s versions of soul and R&B classics like ‘Mr Pitiful’, ‘Hallelujah I Love Her So’, ‘Some Kind Of Wonderful’ (the Soul Brothers Six anthem), ‘Memphis Tennessee’ and Bobby Parker’s ‘Watch Your Step ‘which gives the collection its titling.

We opened by writing,”By common consent, STEVE MARRIOTT is one of the greatest white soul voices the UK has produced.” …. here’s the proof!