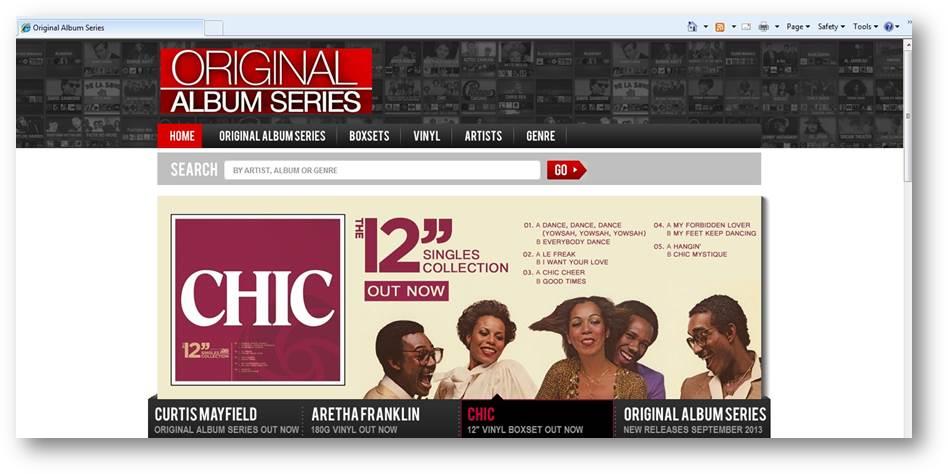 Warner Music has just launched a new website to promote their ‘Original Album Series‘ box sets, which focus on the work of soul and jazz artists as well as rock and pop ones. To the uninitiated and those not yet familiar with the ‘Original Album Series’ format, they are value-for-money 5-CD packages that feature reissued albums presented in mini-replica LP sleeves. To date the soul acts that have featured in the series include such R&B luminaries as Aretha Franklin, Otis Redding, Chaka Khan, Roberta Flack, Donny Hathaway, Booker T & The MG’s and Margie Joseph. New sets in the ‘Original Album Series’ include Curtis Mayfield, Randy Crawford and George Benson.