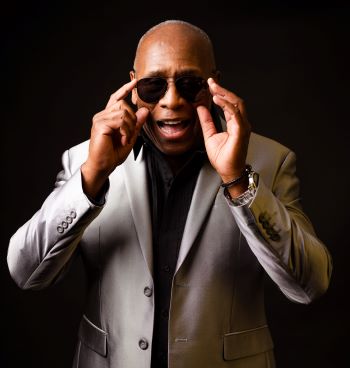 WARD BROWN is a long time friend of this web site. Some will remember that the genial Chicago soul man fronted an outfit called Brown’s Bag who enjoyed success way back in the noughties via material on the late-lamented Soulchoonz label and then via Ward’s own Early Park Records – which he helped set up with Raymond Earl of Instant Funk. We’ve tracked Ward’s career since then and his 2011 album ‘Where I Should Be’ was one of that year’s soul highlights.

Ward tells us that he’s been busy preparing a new album which is simply going to be called ‘Ward Brown’. Once again it’s a collaboration with Raymond Earl and to serve as a taster for the 10 tracker, Mr B has just released a single – a seductive , old school ballad ‘I’m Coming Home’ on which Ward’s vocal shows why he’s held in high esteem on the Chicago soul circuit.

He  says that the song aims to inspire people to not give up hope; that we will soon hug and enjoy our significant others even through these most difficult times… especially if we get the vaccine!!!

We’re told that he upcoming album also shows the funkier side of Ward Brown via one of his old tunes, ‘The Beg’ which is set for a 2022 makeover. In the meantime, enjoy the soulful ‘I’m Coming Home’ which Ward describes as proper grown folks soul music – spot on Ward!