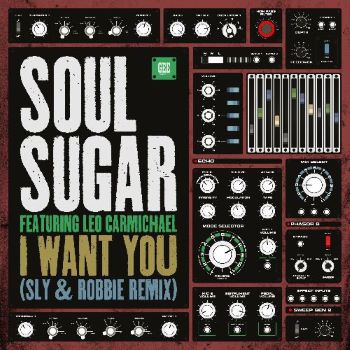 Marvin Gaye’s back catalogue has been plundered more than most by the covers brigade. Latest MPG tune to get  a covers make over is his wonderous ‘I Want You’. This new 2021 version comes courtesy of French soul, jazz and reggae organist GUILLAUME ‘GEE’ METENIER whose alias is “Booker Gee” while his band is SOUL SUGAR.

Soul Sugar are readying an album – ‘Excursions in Soul, Reggae, Funk & Dub’  – from which they’ve already  released a catchy ‘Cool Down’ a month or so back. They now follow that with their version of Gaye’s ‘I Want You’. Monsieur Metenier and his mates give the tune a subtle reggae makeover and it’s USP is the presence of Sly and Robbie at the mixing desk. The duo put their own spin on their original mix as well as the obligatory “dub” mix. Vocalist on the recording is Leonardo  Carmichael who channels the swagger of Maxi Priest. It’s a little odd hearing ‘I Want You’ like this but it sort of works!