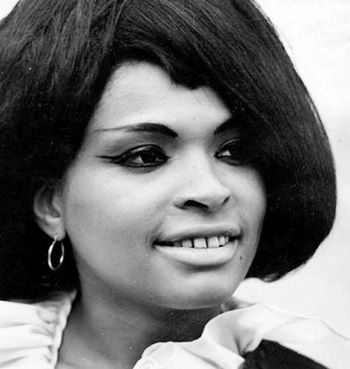 Proving that December is the cruellest month, we are sad to report the death of another much-loved soul stalwart – WANDA YOUNG, long time member of Motown group, the Marvelettes. Wanda died on Thursday 16th December. The news was announced by Claudette Robinson and few details are forthcoming save that Ms Young was 78.

Wanda was born in Inkster, Michigan in 1943 and at the request of her friend Gladys Horton she joined the high school vocal group, the Marvels. The group auditioned for Motown and impressed Berry Gordy with their song ‘Please Mr Postman’. He signed  them up and after a name change to the Marvelettes, the song became a no 1 hit. It not only launched the Marvelettes, it also helped fund Motown’s early expansion. Notably the song was covered by the Beatles and later by the Carpenters!

Gladys Horton took lead vocal on ‘Postman’ but Wanda took lead on the B side- ‘So Long Baby’. Wanda generally shared lead duties with Horton and it’s her voice out front on the groups’ early hits like ‘Too Many Fish In The Sea’, ‘You’re My Remedy’ and ‘I’ll keep Holding On’. Those songs helping define the beloved, classic early Motown sound.

As the Marvelettes evolved Wanda Young took on more and more  leads  including the ever-lovely ‘Don’t Mess With Bill’, ‘The Hunter Gets Captured by The Game’ and ‘When You’re Young And In Love’.

As the hits dried up, the Marvelettes disbanded but in 1970 Ms Young recorded an album with Smokey Robinson as producer but on release it was marketed as ‘The Return Of The Marvelletes’ – with only Wanda as  a true  “Marvelette”.

Young left Motown in 1972 and went through various substance issues but she re-emerged in the 80s working with Ian Levine on his Motorcity projects.

Between 1963 and 1975 Wanda was married to Bobby Rodgers of the Miracles.