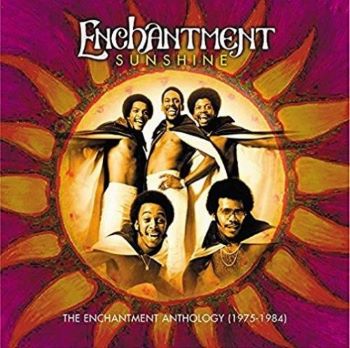 US music sites are reporting the death of WALTER L JACKSON, one time member of soul harmony group Enchantment. Few details are available, and the news was announced via Enchantment group member David Banks’ Facebook page.

Enchantment were formed in Detroit in the late 60s and signed with Roadshow Records in 1976 where they worked with producer Michael Stokes who later joined Motown. Their eponymous debut album yielded two R&B hits – ‘Sunshine’ and the ballad ‘Gloria’ – both written by falsetto lead singer E. J. Johnson. The group released two more albums for Roadshow but label problems meant they never really made it into the soul major leagues, but they became a successful local attraction in and around Detroit.