WALKIN’ ON THE WILD SIDE… 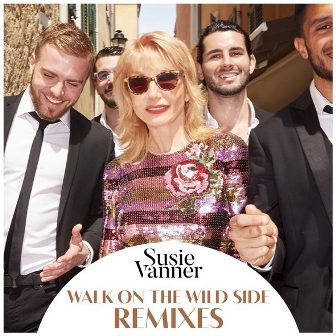 Northern soul fans of a certain vintage will know the tune ‘Don’t Pity Me’ by SUSIE LYNNE. It was one of those not particularly soulful cuts which seemed to have the right beats at just the right time. My guess is that not too many of those Northern collectors know too much about ‘Susie Lynne”.

Back in the day, Ms. Lynne – now known as SUSIE VANNER – was an aspiring singer and actress. Indeed she featured in the 1979 Bond movie ‘The Spy Who Loved Me’ before going on to appear in numerous movies and TV shows.

Now though she’s going back to music and working on what will be her debut album. In the meantime, she’s about to release the first single – a version of Lou Reed’s ‘Walk On The Wild Side’ which comes in a number of mixes.

Her reading is fairly faithful to the original and won’t bother soul fans too much – but we can file it under “interesting” – especially as it seems that Susie won the right to record the album after her then husband outbid rivals in an auction to win sessions with sometime Sting producer Kipper Eldridge!