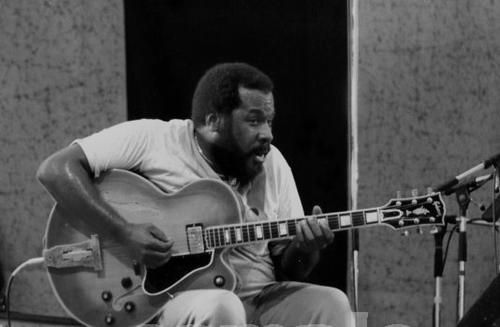 Top, top guitarist MELVIN RAGIN – known as “Wah Wah” because of his prodigious uses of the wah wah pedal – died yesterday, Wednesday 24th October. Watson’s passing – in Santa Monica, California – was confirmed on social media by his wife, Itsuko Aono. The cause of death was not reported but he was aged 67.

Ragin was born in Richmond, Virginia in 1950 and after moving to Detroit his first main music jobs came at the Motown studios. Through the 70s the Funk Brother worked on countless hits with all of Motown’s big names but he’s possibly best known at Motown for his work with the Temptations during their so called psychedelic soul period. Ragin’s special pedal effect is best typified on their ‘Papa Was a Rollin’ Stone’ hit.

Watson also recorded as a solo artist, His most famous LP being 1976’s ‘Elementary’. More recently he worked with Tyrese and Marcus Miller.