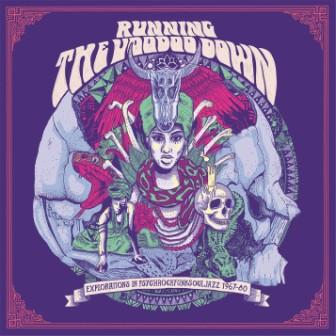 ‘RUNNING THE VOODOO DOWN’ is a brand new 2CD, 23 track compilation that explores a period in American music when (mainly black) artists began to explore new directions as a reaction to contemporary explosive social, economic and cultural changes. Much of this new music was never commercially successful but over the years its importance and influence has grown.

Case in point is the work of Eugene McDaniels. He began his career as Gene McDaniels, a clean cut pop star who enjoyed hits like ‘Point Of No Return’. However in the late 60s he turned his musical attention to politics and social issues and though never again hugely successful his recordings as Eugene McDaniels have had huge impact and influence. He’s represented here by his ‘Cherrystones’.