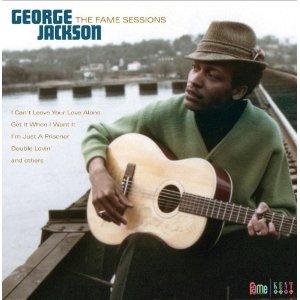 ACE RECORDS have just launched a new series of vinyl releases –their HIQLP (High Quality?) series. All albums in the series will be pressed on 180g vinyl and packed in superior, heavy duty sleeves. The first release in the series is ‘Nippon Girls’ (HIQLP 001) – a look at the “groovy girl pop”, popular in Japan in the late 60s.

Of much more interest to soul folk is HIQLP 002 – GEORGE JACKSON’S ‘The Fame Sessions’. Last year Ace/Kent issued two CDs on the Mississippi-born soulster – both featured his Fame recordings along with demos of songs he’s written for others as well as a smattering of unreleased gems. This new vinyl album cherry picks the very best of those two sets and just to make it more tempting Ace/Kent have included two tracks that have never been issue before.

Find out more about Ace’s commitment to vinyl @ www.acerecords.com