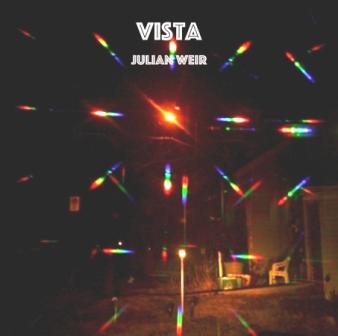 JULIAN WEIR is a musician/composer/keyboardist from Sydney, Australia and his latest project is an intriguing album, ‘Vista’. Julian has worked in all kinds of genres and we’re told that ‘Vista’ was intended as a Gospel set. However, listening long and hard to the Crystals” ‘Da Doo Ron Ron’, he changed tack and decided to create a soundscape that combined the pop/soul energy of that classic. Then, he changed tack again and decided that the music on the collection would be presented in a kind of Kool and the Gang way… that’s to say to drive each tune’s melody along on a horn line!

Julian also tells us that while working on the album he was listening to the Beatles and the work of cinematic maestro Bernard Hermann. You can probably guess that the end result is … well, eclectic!

The album opens with a catchy smooth jazz groove, ‘8th Street Shuffle’ and never mind the Crystals, Kool and the Gang, the Fab 4 or Mr Hermann, the sound is a sort of Chris Botti meets Bob James! That though is just one flavour…. ‘Vista’ is, like we said, “eclectic”. Each track offers something quite different though the three vocals – ‘Dreaming Of Paradise’, ‘Mystery Face’ (both of which feature Holly Tee) and ‘Early April’ have a lazy late 60s pop sensibility to ’em.

This is no standard cup of soul tea, though if your ears are adventurous you may well connect with something on ‘Vista’. It’s available via all the usual portals.