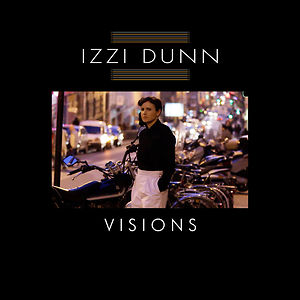 IZZI DUNN is an in-demand cello player. She’s also a dab hand on other instruments too and her vocals have won her praise from right across the musical board. She’s worked with people like DAMON ALBARN, MARK RONSON, ROOTS MANUVA, BUGZ IN THE ATTIC, SOUL II SOUL and even BOBBY WOMACK and GEORGE HARRISON. She’s already released two solo albums with the second – ‘Cries And Smiles’ making some waves with discerning soul and jazz people who were weaned on bands like ROTARY CONNECTION.

IZZI’S just released a new four track EP – ‘Visions’ – on her own Idunnit label and if you like your music jazz-tinged and soul-flecked you could do worse than to investigate. The title cut is edgy and invasive and carries on the feel that stuff like her 2010 winner , ‘Nothing But Love’ started.