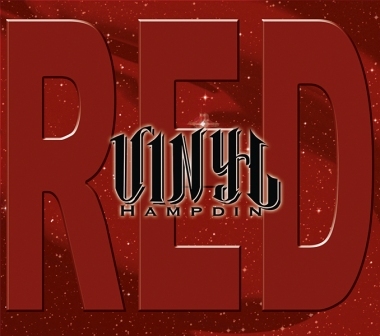 The oddly name VINYL HAMPDIN (sorry, we don’t know the derivation) is a new soul/jazz/funk band. Though “new” is probably not an accurate description. You see many of the players are seasoned veterans – like band leader, trombonist Steve Wiest. Wiest was an integral member of the Maynard Ferguson Band and he still hankers for those great old days of big brass sections creating music that switched effortlessly from jazz to soul to funk and even to rock… think, maybe Blood Sweat and Tears.

To flesh out his ideas Steve put Vinyl Hampdin together and the band have just released their first album…. ‘Red’, named because the colour, Steve says, “evokes thoughts of heat, intensity and passion”. And there’s plenty of all three on the 11 tracker that is a funky and fiery mix of band originals and covers like Stevie Wonder’s ‘Superstition, Rare Earth’s ‘I Just Wanna Celebrate’, Bill Withers’ ‘Use Me’ and Paul McCartney’s ‘My Love’. That’s the cuckoo in the nest –the only real down-tempo moment amongst the unrelenting funky, rocky, jazzy onslaught.

VINYL HAMPDIN’S ‘Red’ is out now