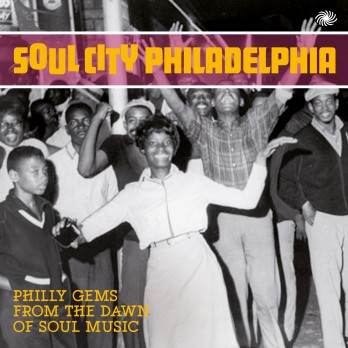 Clive has trawled the vaults of labels like V Tone, Chancellor, Cameo-Parkway, Jamie, Heritage, Imperial and Casino to show that before Philly’s “Golden Age”, there was a lot of soul activity in a city that was then better known for its pop successes.

The biggest hits here are probably Bobby Parker’s ‘Watch Your Step’ and the Orlon’s ‘Don’t Hang Up’ but the collection boasts a plethora of big names at a stage in their career when they were either reaching for that first elusive hit or trying to build on an early success. So here enjoy a couple of cuts from Don Covay trying to emulate the success others (Chubby Checker in particular) had had with his ‘Pony Time’; two tracks from Solomon Burke; a trio from the aforementioned King of Twist, Chubby Checker; and five tunes from a pre-hit incarnation of the Blue Notes.

Being a Philly compilation you can be sure that Bunny Sigler’s in the mix too along with Screamin’ Jay Hawkins, Donnie Elbert and Al Downing. There are plenty of harmony groups too including the Larks, The Boss Tones, the Dreamlovers and the Gainors – who, of course, featured Howard Tate and Garnett Mimms; their ‘This Is A Perfect Moment’ would stand out on any vintage soul compilation. Here, it’s one of many great collectable items