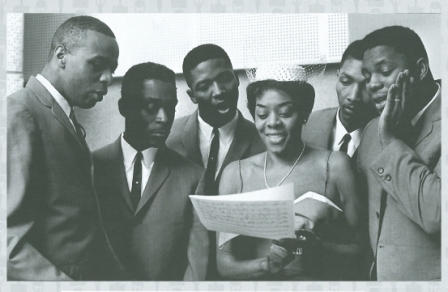 THE DELLS launch their Diamond Jubilee Year with a “new” CD. Celebrating 60 glorious years in the business, they release ‘Time Makes You Change’ – a 44-track 2CD compilation of their recordings from 1954-1961. It’s released on Jasmine Records and opens with a 1954 Chess recording when they were known as THE EL RAYS, before they changed their name to THE DELLS. There follows a comprehensive overview of the group’s output for Vee Jay Records, including their doo wop classic ‘Oh What A Night’ from 1956. The collection concludes with four rare stereo tracks THE DELLS recorded in 1961 with jazz queen DINAH WASHINGTON and arranger / producer QUINCY JONES, while they were working as DINAH’S backing group.

Fortunately, following Jasmine’s new compilation, further reissues of THE DELLS’ repertoire are planned from a number of companies during the group’s Diamond Jubilee Year. Find out more @ www.themightydells.com