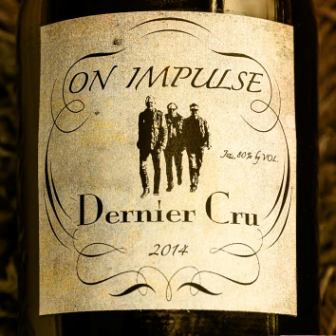 ON IMPULSE are a Dutch jazz fusion trio – Coen Molenar (keys), Frans Vollink (bass) and Sebastiaan Cornelissen (drums) – and they have a decent CV behind them which includes work with Randy Brecker and sax man Nigel Hitchcock. They say their name comes from their desire to make “meaningful music, on the spot”…. to ensure their brand of fusion is, in their words, “the purest“.

Judge for yourselves by grabbing a listen to their 3rd long player ‘Dernier Cru’ which features guest input from sax man Hitchcock, guitarist Jan Akkerman and US jazz singer Deborah J Carter.

The tracks that feature Ms Carter are amongst the set’s best and fans of Carmen Lundy could do worse than at least investigate. Her ‘I Don’t Know Who You Are’ is particularly strong. It begins as a stately, lugubrious even, ballad with melancholy strings (courtesy of the Pavadita String Ensemble) before it take off in sprightly fashion courtesy of some fine horn work from Jan Van Duikeren and a Bob James style keyboard solo from Coen Molenar.

Amongst the instrumental highlights are ‘Baked Beans’ which, despite it prosaic title is oddly ethereal and ‘Mankini Song’. That one is a crisp, jazzy beater with a vintage flavour … little wonder it’s winning attention from a number of European jazz stations.

ON IMPULSE’S DERNIER CRU is out now